Applications continue to be received 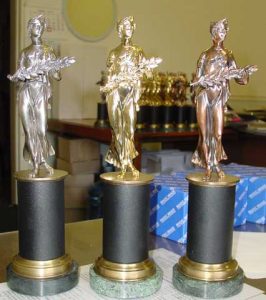 The members of the selection committee of the International TV Film Forum “Together”, as usual, were able to be the first to get acquainted with the journalistic work submitted for the competition.

This year, the geography of the regions competing for the TV Film Forum awards is, as usual, wide. In addition to the two capitals, the regions actively participate: Krasnodar, Tyumen, Yekaterinburg …

“Pilot by the grace of God” — this is the name of the documentary film by the scriptwriter and director from Krasnodar Galina Dudkina. The film tells about a prominent figure of Russian aviation, the Kuban Cossack, Major General Vyacheslav Tkachev. The first Saint George cavalier in Russian military aviation. The first commander of the Russian Air Force. The founder of military assault aircraft. The whole world knew his name, but it was forbidden to mention the name of the hero in his beloved Motherland during the years of Soviet power. This work tells the story of the difficult way of returning the good name and memory of the national hero.

“Poison for Alexander Nevsky” is a work created by the creative team of “Civilization” Television Company (Moscow) by director Yulia Mavrina as per script of Lyudmila Urusova. On November 14, 1263, Alexander Nevsky died on his way home from the Golden Horde. Contemporaries do not doubt: from poisoning. But who raised a hand to the Grand Duke and commander? What poisons and how used in ancient Russia? Who could get close to Nevsky? To restore the picture of the crime, the “Seekers” are sent to one of the monasteries of the Nizhny Novgorod region …

We wish the nominees good luck in the qualifying round, and kindly envy TV viewers, who were previously immersed in the secrets of Russian history. After all, these films have already been shown on blue screens. According to the terms of the competition, works that went on the air in 2018-2019 can take part in it.

General Directorate of the International forum “Together”