Telekinoforum «Together»: how it all began

International TV Film Forum «Together» was born in 2000 at the junction of two centuries and millennia. There were still many vestalas, forecasters and politicians wondering what the millennium would bring to humanity, and caring cinema, television and journalism figures found the answer: in the new millennium only together, by combining the efforts of masters of screen arts, we can live in peace and respect, resist the threats of war and terror .

Among them were the Chairman of the Mir Interstate TV and Radio Company, Academician of the Kazakhstan National Academy of Natural Sciences Gadilbek Shalakhmetov, Chairman of the Union of Journalists of Russia Vsevolod Bogdanov, People’s Artist of Russia, film director Sergey Solovyov, Honored Artist of Russia and Azerbaijan Rustam Ibrahimbekov. From the first days, the idea of ​​the forum was supported and headed by the Chairman of the State Duma of Russia, a talented newspaper organizer, journalist Gennady Seleznyov. He not only solved all the most difficult issues of preparation and holding of the forum, but was his soul, managed to create an amazing atmosphere of friendship, trust, understanding among its participants.

For many years the Forum’s Director General and journalist Alexander Belikov has been involved in organizing the forum. With his direct participation, many forum traditions originated, landmark events took place: a sculptural composition “Anton Chekhov and a Lady with a Dog” and a monument to the founder of the Russian film industry Alexander Khanzhonkov appeared on the famous Yalta embankment, and Alley of the TV Channel “Together” stars shone. Taking this opportunity, we congratulate Alexander Ivanovich Belikov on his birthday and wish you good health and continued vigorous activity in support of young television and cinematographers and journalists.

For 18 years, the school of competitive programs, round tables, discussions, master classes of the forum have passed and received a start in the great art of hundreds of young beginners in television, film and journalism. And today the forum, thanks to the decisive support of the Government of Moscow, as well as the Council of Ministers of Crimea, the administration of the city of Yalta, the International Concern of Creativity (Russian Bronze), the Moscow House of Nationalities and its other permanent participants, continues its mission.

Today, the work of the initiators of a remarkable event in the world of film, television and journalism is supported by many well-known masters. In September, the nineteenth, once again, the anthem of the International TV Film Forum “Together” will be performed from the stage of the Yubileiny Concert Hall — HERE AND NOW AGAIN TOGETHER I GATHERED FRIENDS! 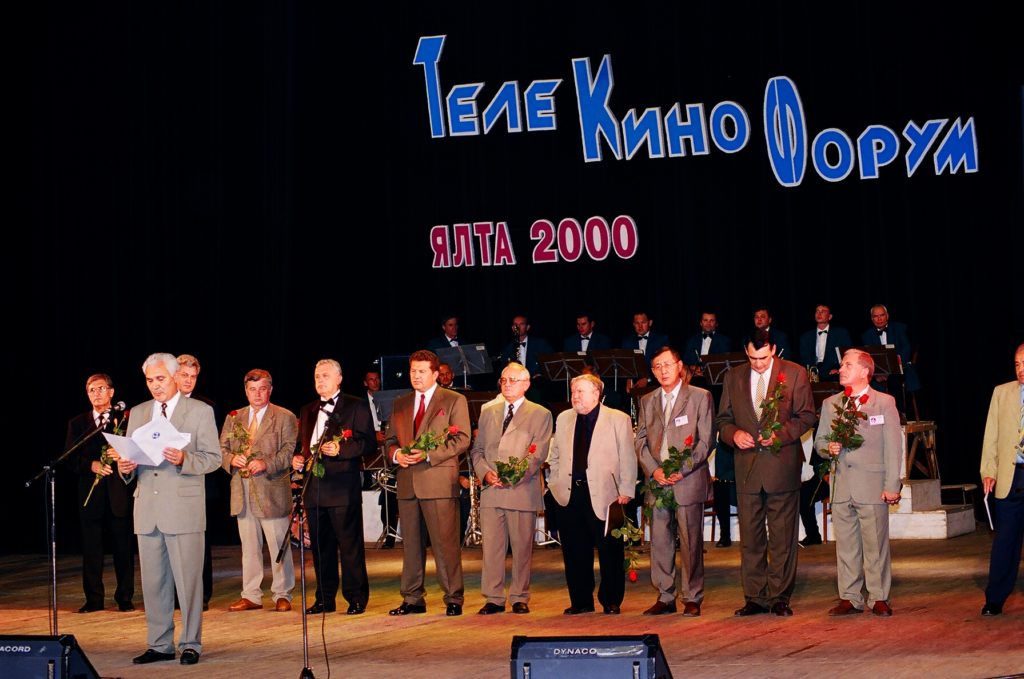